Does Creatine Cause Hair Loss? All You Need to Know

Creatine is a popular nutritional supplement. You may have read that taking creatine can lead to hair loss. But is this true?

Creatine does not directly cause hair loss, but it may affect levels of a hormone that does.

Hair loss is a significant condition for both men and women that affects people of all ages. Yet, the most common cause of hereditary hair loss is getting older which can lead to other psychological conditions such as stress, anxiety, and low self-esteem. Luckily there’s treatment available!

Due to the variety of research and studies about creatine, many are wondering if there is a link between creatine and hair loss. The process in which this occurs has yet to be explained.

Keep reading to learn more about creatine and the potential effects it might have on hair loss.

Creatine is an organic compound that facilitates the recycling of Adenosine triphosphate (ATP) in both the brain and muscles. ATP is used as a cell’s energy currency, so creatine helps replace this resource for cells of the brain and muscle. This makes it especially popular among athletes who use it to gain stronger muscles.

Many athletes have been known to take creatine, which helps with energy levels and muscle mass as well. Creatine can also help protect against neurological disorders.

There are both positives and negatives to taking creatine supplements. One reported side effect from using creatine may be hair loss, but before we get to that, let’s talk about the benefits of it

Usually, phosphocreatine stores produce ATP as you work physically but the rate is slow, this can alter your performance; however, creatine provides enough to produce energy for more extended periods so you will maintain a higher level of intensity.

By improving performance while also decreasing the levels of a hormone called myostatin which typically limits muscle development.

A decrease in dopamine levels is what causes Parkinson’s disease, and many scientists suggest that creatine may help with the symptoms.

Other studies suggest that creatine can reduce blood sugar levels and help it from entering muscle cells, which may prevent diabetes. However, there is not enough evidence to understand this link definitively.

Creatine limits the risk of Alzheimer

If you are at risk for brain injury due to atherosclerosis, depletion of phosphocreatine in your cerebral cortex can limit the effects and duration of ischemic stroke, Alzheimer’s disease, or other neurological defects.

Aside from its use in neurological disorders, creatine is a great tool for improving the way your brain functions. Research shows that increased ATP levels lead to better mitochondrial activity and more dopamine, which has benefits including improved memory and intelligence.

Read More About: Everything you need to know about permanent straight hair

Does Creatine Cause Hair Loss?

Yes, creatine can cause hair loss. However, the mechanism by which it does so is indirect. It causes an increase in a hormone called DHT, which then alters the enzyme that converts testosterone to DHT. Because of this change, hair loss ensues.

The increased rate of DHT has an adverse effect on hair follicles, speeding up the growth cycle and leading to thinning and falling hair.

According to a 2009 study, rugby players who took creatine supplements in higher concentrations showed an increase in dht hormone levels. This remained the same during maintenance periods with larger creatine intakes. Although this had nothing to do with hair loss, discovering that these increased levels of dht hormones could lead to hair thinning is still significant.

The increased levels of a hormone called DHT in the blood can temporarily cause faster hair loss and could affect reproduction.

Regardless of the degree that DHT impacts hair loss, there are different ways to block this degenerative process. A good example is scalp micropigmentation. Scalp micro pigmentation is a non-surgical process specifically created to help people who suffer from hair loss. This procedure entails applying an organic pigment in the dermal layer of the scalp in precisely the same spot as the person’s specific hair loss problem area and depicting what it would look like with a shaved head or any other type of pattern baldness, without displaying signs seen with typical types of traditional methods for circumventing this issue, such as displaying traditionally recognized signs displayed by surgical third party treatment options

What are some benefits of creatine?

One of the benefits is that creatine supplementation may reduce the effects of a concussion, or even limit the damage. Creatine may also enhance strength and muscle recovery during exercise.

Creatine is also a form of fuel for your body. The cells in your body use creatine as an energy source, and you get it primarily from the food that you eat. Most people have enough creatine stored in their bodies to last them for about a week without eating any extra. Your body also makes its own supply when protein is turned into glucose, such as during exercise.

But uptake of creatine varies according to age and health conditions, so experts recommend that you eat a balanced diet rich in lean meats, fish, eggs, and dairy foods.

Creatine is simply an amino acid derivative. It helps create and store the molecule phosphocreatine (Pcr), which muscles use to generate energy for low-duration, high-intensity exercise. Dr. Antonio laments creatine’s bad rap. “I’ve been taking it for 25 years,” he says, citing studies indicating that creatine may help improve memory and brain function in patients with neuromuscular diseases like Alzheimer’s and traumatic brain injury as well as people with Type II diabetes, Parkinson’s disease or other muscle-wasting conditions such as scleroderma.

Does creatine have any side effects?

Further research on the subject is needed to determine whether creatine monohydrate does have an adverse effect on hair loss.

There are a number of possible side effects that can be caused by creatine supplementation. One such side effect is hair loss. There have only been a few studies on this subject so far but they have provided some information we can use to draw conclusions.

However, there has yet to be any scientifically conclusive evidence showing creatine’s ability to cause significant adverse effects on the quality of your hair such as premature balding from high-intensity exercise or weightlifting or sprinting.

In a study about side effects, 25% of females and 38% of males taking creatine as a supplement reported at least one issue. The most common

It’s important to be aware of what could happen if you stop taking creatine after using it consistently. Some people have reported feeling :

Yes, creatine hair loss can be reversible. It has been noted that hair loss is due to creatine’s ability to act as an androgen receptor agonist (4). If you stop taking the creatine supplement then the hair follicles will start regenerating. There still needs to be more extensive studies in this area before we know for sure. However, there is a lot of anecdotal evidence from people who have stopped taking creatine supplements and their hair eventually grew back.

From personal experience, I found that when I was taking creatine supplements my hair started to thin. At first, I didn’t think much of it because there are a number of other factors you can attribute hair loss too such as stress or genetics. However, over time the thinning continued, and eventually, balding spots started to appear on my scalp.

For me personally, the lack of hair didn’t bother me too much. However, it was concerning when people asked about my receding hairline and thinning hair especially since I wasn’t balding like in my father’s family or even going gray like both sides of my mother’s family. Luckily after a while, the symptoms started to disappear and my hair grew back. It could have just been a coincidence, but I’m confident the creatine is to blame for my temporary balding and eventual regrowth.

Are there any safer options?

Creatine can be found in meat which has led people to speculate that vegetarians and vegans who do not eat meat may suffer from an increased risk of developing symptoms due to creatine deficiency. However, studies that have looked at the correlation between vegetarianism and creatine deficiency have found that there is no link (5). There are also a number of other ways people can supplement with creatine such as using creatine ethyl ester or taking it by itself without mixing it in with another powder or drink. Both methods have resulted in fewer side effects.

Due to inconclusive scientific research, we currently cannot say with certainty whether creatine causes hair loss.

Creatine supplements can lead to hair loss, which is exacerbated by the increased DHT in the system. Although more research is needed on this potential link, consult your doctor before taking any creatine supplement. Always remember that a higher or lower dose of creatine could have unintended consequences as well.

However, if you have taken creatine and experienced a drastic change in your hair’s appearance or amount of it, consult your doctor. They will be able to provide you with a solution for curing the side effects of creatine.

What are the benefits of vitamins for facial hair?

How much biotin should I take in a day?

← Prev: How is Apple Cider Vinegar used to treat BV (Bacterial Vaginosis) Next: The only guide you need for your Baby Hair Growth → 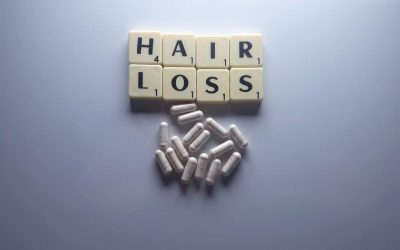 Postpartum hair loss is a type of hair loss that occurs in up to 85% of women after giving birth. It is caused by... 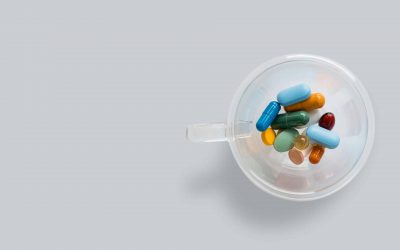 Biotin has for long been marketed as a great hair vitamin. You might have heard of a few people who’ve had success...